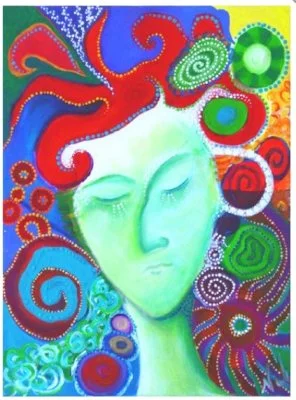 Why is it written: “Miriam called out to them in response”?
For song had already burst forth from Moshe’s lips, as it is written
“I shall sing to the Eternal, for very exalted They be”
Whereas Miriam knew a song which was unknown to Moshe
What is the song of Moshe?


“I shall sing to the Eternal”. This is a song of one voice that does not join with a chorus of voices and melodies
Moshe sought to bring forth from each person’s heart and to redeem each person’s song
But the song of redemption was not complete


And what is the song of Miriam? “Sing to the Eternal”. In the plural
Miriam taught: “The Eternal spoke these words to your entire assembly at the mountain out of the midst of the fire, the cloud, and the opaque darkness, with a great voice, which did not cease.”
(Deuteronomy 5:19)
What is the meaning of “a great voice”? It means that it contains within it a multitude of voices, accents, languages and sounds. For the voice is the voice of God, and the image is the image of God
made up of each person, each unique in form and thought
Thus she sang, “Sing to the Eternal for very exalted they be” – for this collects and unites all voices, and includes each personal “I shall sing” in the multi-faceted shared song
Miriam said to them, “Sing to the Eternal” and they recalled the image of God that was within them, made up of seventy faces and seventy tongues and seventy melodies